MILARÉ ADVOGADOS are pioneering environmental lawyers in Brazil, and have for more than two decades been providing legal and technical services to all manner of industries. We pursue aligning the interest of our clients with legally prescribed environmental protection and compensation instruments, fostering business continuity without compromising the principles of sustainability.

To this end, we spare no effort allocating the best Legal Professionals, with noted knowhow and experience in the environmental area, not just in terms of the doctrine, but above all in the application of the various administrative and court-level mechanisms available to address every actual situation.

It is no chance that we are often consulted not just by our peer lawyers, but also by public authorities and trade unions to provide opinions on nationally relevant matters. Insofar as possible, we provide reliable constructions that can be applied to different industries or activities.

Driven by a holistic view of the environmental domain and aware of the subject’s cross-disciplinary nature, we surround ourselves with distinguished professionals in different domains of science, with a staff of notable scholars in environmental sciences, humanities, and exact sciences – that is, recognized, award-winning experts.

Because we are committed to highly specialized service seated on the principles of ethics and sustainability, without losing sight of healthy, respectful competition, our work adds value and inspires followers. We are looked up to in the Environmental Law arena, which brings us great satisfaction and makes us proud of our work and of the dedication of our staff. This has repeatedly earned us the legal profession’s recognition both in Brazil and internationally, making us leaders in the field.

While respecting the tradition of the great Legal Schools and Scholars, which are the pillars of our sustained progress, we constantly pursue innovation, as the current state of the environmental subject requires integration with today’s profound social, political and cultural changes, all of which require new concepts and raise new challenges.

Knowledge, skill, courage and fighting. Hard fighting. The story, which begins when standing up for environmental causes still faced massive social resistance. Milaré’s pioneering spirit, refusal to give in to hardship, and willingness to consider the context as a means to chart new routes led to innovative proposals that were gradually incorporated into the projects that he ran.

Although the incorporation of the environmental variable into public policy took a great many struggles, and created sharp conflicts, our leader always prized the unconditional defense of the Law in every public service position he ever held. At the same time, he never refrained from potential settlement deals when the law so allowed, using every effort to lead candid, transparent talks aimed at consensus, in pursuit of outcomes beneficial to all parties involved, without valuing one side of the case over others.

Naturally, this kind of attitude was not always met with victory. But the experience provided the basis for the pedagogy that our law firm uses , that is, to understand an issue in depth, and weight and think through every potential path before settling on a particular stance.

Our mission is to run Environment-related developments, projects, actions and interventions while trying to align our clients’ interests with sustainable principles, due respect for the ecosystem’s fragility, and meticulous compliance with the Law.

Respect for human dignity
and differences

We draft expert opinions covering a cross-section of Environmental Laws, relating them with other legal disciplines and proposing novel concepts and other approaches to environmental problems.

We operate in administrative and court proceedings, emphasizing the production of a significant volume of information, collecting documentary and technical material that can provide assessors/judges with sufficient elements for analysis. We constantly track our cases’ progress, and attempt to anticipate, insofar as possible, future scenarios in the light of construction trends at the various administrative and court venues. We play an active role in every phase of each proceeding, and attend at technical meetings, inspections, expert examinations, hearings and many more.

In addition to providing legal guidance when an accident occurs, aiming to determine the appropriate steps in each situation, depending on the severity of the problem and the impact on a company’s image and reputation, we strive to permanently advise our clients on the importance of prior risk analysis and of preventive plans implementation.

We render technical and legal advice in contaminated areas reversal projects where the purpose is to return them to usable conditions. We monitor every legally prescribed phase, from the development of action plans and risk monitoring through to the implementation of new projects.

Technical and legal advice implementing impact-generating activities. The goal is compliance with every legally required procedure, such as reference forms for license review, expert opinion monitoring, application for licenses, technical inspections, and more.

Advice implementing public policy for the Environment, from administrative and legal implications to building the executive entities’ capabilities.

Guidance, technical and legal evidence, and negotiation of consent decrees, as well as execution monitoring.

Although Mediation has only recently been instituted in Brazil, our firm has for quite some time been providing guidance on and taking the lead in, situations involving environmental disputes in pursuit of consensus solutions.

We use meticulous talent management to put together a lineup of skilled lawyers devoted to improving their technique and aligned with the firm’s values. 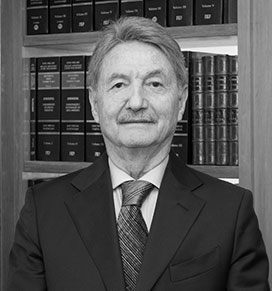 Who´s Who Legal – WWL – Environment 2018 – Remarks on Milaré Advogados’s history addressing the country’s most important environmental cases, with emphasis on the role of founder Édis Milaré and of the firm’s leaders.

Who’s Who Legal: Thought Leaders Global Elite 2019 names Édis Milaré as a Brazilian Environmental Law leader, highlighting his contribution to the national environmental legislation’s advance and his technical skill as an environmental lawyer.

The firm has since 2012 been listed in the Legal 500 Latin America, an exclusive publication that covers only each Continent’s top 500 law firms.

For the first time, Leaders League 2019 ranks Milaré Advogados first on the Environmental Law category. The international publication carries out extensive surveys in Brazil with the financial officers of major business conglomerates.

Latin Lawyer 250 2018 underscores the firm’s actions as the leading Brazilian environmental law boutique, with acclaim from rival and client firms for its technical expertise. The publication also names Édis Milaré as the most highly regarded environmental lawyer in Brazil.

In 2013, Édis Milaré was given the Client Choice Award, environmental category, an “International Law Office” award for the lawyers most highly recommended by the in-house counsel of major corporations.

The firm is internationally recognized and has been ranked first by “Chambers & Partners” among Brazilian Environmental Law firms; the publication highlights the boutique firm’s renown in the legal arena.

Having consolidated its position in the market for highly specialized preventive legal service and litigation, the firm was, for the tenth consecutive time, awarded the top place in the 2019 edition of the Análise Advocacia 500 almanac.

Founded on June 23, 1996, and registered before the São Paulo chapter of the Brazilian Bar Association – OAB/SP under No. 3,156, it was the first law firm in Brazil to fully dedicate to Environmental Law. Founding partner and consultant Edis Milaré is one of the most accomplished environmental litigators. The firm’s team includes highly skilled and prestigious professionals in the domains of Law and Environmental Management. 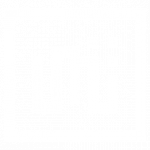